Daniel Jilesen will drive for Matt Stone Racing this season

The New Zealand racer switches from Greg Murphy Racing to MSR, run by the son of Jim Stone.

MSR will also run a second Falcon this year (the ex-Scott McLaughlin Falcon BF), but the team has not confirmed the second entry’s driver.

Jilesen will test at Queensland Raceway on Wednesday and says he is pleased to join the new team.

“I’m looking forward to it. I’m hoping that we can run at the same level where I was with GMR,” Jilesen said. 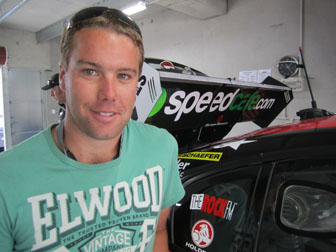 “We want to end up near the top five, so that’s our aim. I’ve only ever driven a GMR Commodore in V8 Supercars, so it will be good for a change and to see how a different team works. It will be a completely different car too, and also it will be a Ford.”

Drillpro is currently Jilesen’s largest backer, but he says that he is still looking for more backing.

“We’re still working on sponsors to do the whole season,” Jilesen said.

“We’ve committed to do the whole series, but we need to find a few more backers to get through the season.”

The opening round of the Dunlop Series will be held at the Clipsal 500, Adelaide, on March 1-3.