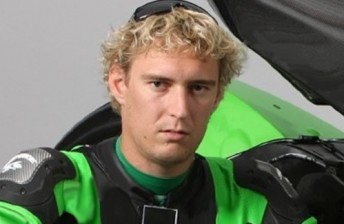 Ant West will race in British Superbikes this season

Dumped Australian MOTOGP star, Ant West has been thrown a lifeline by Italian team Supersonic Racing to pilot one of it’s BMW S1000RR machines in the British Superbike Championship.

He will partner Swiss rider, Patric Muff in the team.

West’s career looked to be all but over when his MOTOGP chance fell through just a few weeks ago, with West declaring his distaste at the state of the sport and that he would return home to Australia to get a ‘normal job’.

He has been in the UK scouring the British Superbike scene and will join Supersonic in it’s first year of the BSBK Championship.

“It has been a difficult couple of weeks for me; I obviously lost the ride in MotoGP and before then I hadn’t looked outside of that paddock,” said West. “I looked at what John (Hopkins) had done by racing in BSB last year and I thought it could be a good move for me. I don’t know a lot of the tracks, but I have experience of learning fast from the different championships I have raced in before. It will also be a new experience riding the BMW Superbike so it is exciting for me.”