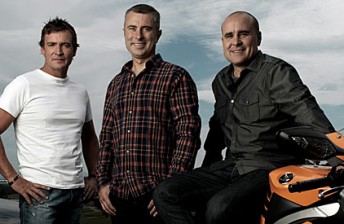 Network Ten has axed its motorsport panel program RPM ahead of the 2012 racing season.

The show was first run between 1997 and 2008, before being resurrected by the network last year.

Although popular with motorsport fans for its mix of panel, interview and feature content, the show was dealt a blow midyear when it was moved to a later timeslot following ONE HD’s shift away from sports programming.

The network provided a holding statement when contacted by Speedcafe.com about the demise of the show.

“Network Ten can confirm that RPM will not be on ONE in 2012,” read the statement.

“Greg Rust, Daryl Beattie and Craig Baird will continue to host Network Ten’s coverage of the 2012 Formula One and MotoGP seasons.

Although the Australian Formula 1 Grand Prix is less than a month away, it remains unclear whether Network Ten will take the Sky Sports or the British Broadcasting Corporation (BBC) Formula One commentary feeds this season.

The BBC will share the right to broadcast Formula One with the pay television station in 2012 after deciding to reduce its investment in the sport.

David Coulthard however remains with the BBC, and will commentate alongside former ITV British Touring Car Championship commentator Ben Edwards.

The 2012 season marks the second in a five-year deal between Network Ten and Formula One to be the exclusive broadcaster in Australia.