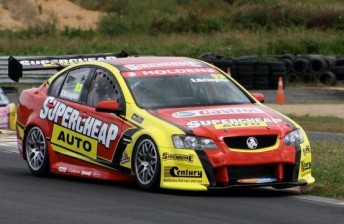 Carrera Cup regulars Jonny Reid and Craig Baird were the fastest of the Ford Falcon FG runners in third and fourth respectively, while Ford Performance Racing’s endurance co-drivers Steven Richards and John McIntyre rounded out the top six in their Falcons.

This weekend marks the debut event for the V8 SuperTourers class, which features Falcon and Commodore bodied cars each running a control 7.0 litre Chevrolet engine. 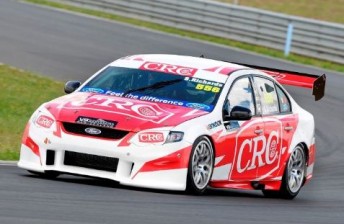 The cars were designed by Pace Innovations in Queensland – the same firm that was responsible for V8 Supercars’ Car of the Future chassis.

The SuperTourers are significantly different to the next-generation V8 Supercars however, with their control engine combined with a conventionally mounted six-speed sequential gearbox. A control front suspension package and three-link live rear end have also been included in the Kiwi cars in order to reduce costs.

Qualifying and Race 1 will be held tomorrow, followed by a further two races on Sunday.

The seven round series will be televised in Australia by subscription channel Speed TV, with a 150 minute broadcast from Hampton Downs set to go to air at 4:30pm AEDT this Sunday. V8 Supercars on-track commentator Chris Jewell will be joined by V8 SuperTourers CEO Paul Radisich for Speed TV’s coverage.