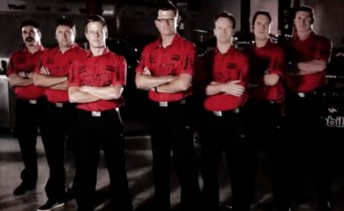 The Toll Holden Racing Team has launched a video commercial ahead of the 2012 V8 Supercars Championship.

The factory Holden team, headed by former V8 Supercars chamions Garth Tander and James Courtney, revealed the production at an in-house launch of the team’s 2012 campaign.

The slogan “I bleed red and this is my house” is used in the aspiring piece, featuring Tander, Courtney and a collection of the Toll HRT employees.

See below for video of the new video.