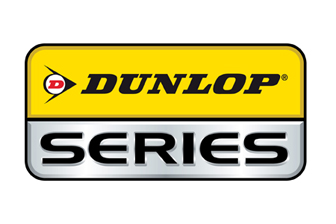 Dunlop has confirmed its place as the major sponsor of the Development Series.

In a new six-year sponsorship, the category will become the Dunlop Series, commencing at the Clipsal 500 in Adelaide (March 1-4) and six other V8 Supercar events around the country in 2012.

Dunlop recently renewed its long-standing portfolio as the Official Control Tyre Supplier of the V8 Supercar Championship and the Presenting sponsor of the Car of the Future, Driven by Dunlop.

“Ever since John Boyd Dunlop invented the pneumatic tyre in 1888, his name has been synonymous with industry-leading technical developments in tyres,” he said.

“Now the Dunlop name is also connected to the development of the very best up and coming race drivers in the country with the Dunlop Series.

“In Australia, just as it is around the world, Dunlop’s long and proud association with motorsport is an integral part of our heritage and success. Dunlop truly is an icon of the road and the choice of racing legends.”

Dunlop has been providing tyres to the V8 Supercar Championship and the Dunlop Series as the sole supplier since 2002.

V8 Supercar CEO David Malone said the support of long-term sponsors such as Dunlop was the backbone of the sport’s success.

“Dunlop has been a magnificent partner for a long time and we are very proud to have them back across multiple platforms for the next six years,” Malone said.

“Through these partnerships Dunlop are able to showcase their tyre technology as a world leader on and off the race track.”