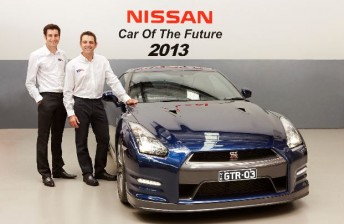 Todd and Rick Kelly pose with a Nissan GT-R

Moments after Nissan confirmed that it will enter V8 Supercars in 2013 with Kelly Racing, Speedcafe.com’s Stefan Bartholomaeus spoke with Kelly Racing chairman John Crennan about the importance of the deal.

SPEEDCAFE: Was attracting a manufacturer your main aim upon joining Kelly Racing?

CRENNAN: It was the only goal – the first, second and third priority.

SPEEDCAFE: Did you see it as the only way of getting Kelly Racing up to the level of HRT, FPR and Triple Eight?

CRENNAN: I’m a bit of an analyst behind the scenes looking at championships points – who’s winning and who’s not. We were the next team down from the guys that have factory support.

From that I did a pretty strong competitive analysis of the number of engineers they had etc, and the gap was one that perhaps only a manufacturer could assist us with. So from that it was an easy business decision to say this is what we have to go after.

SPEEDCAFE: Did you actively go after the contract to become the factory Holden team?

CRENNAN: Absolutely. We’ve worked hand in glove with Holden, and that was our first preference obviously. They had commitments, they’ve got very good representation, and there was a limit to their budgets. 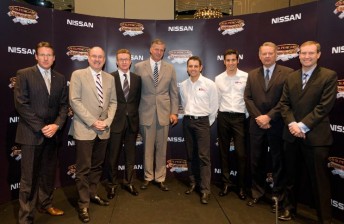 We understood that and respected that, and we had a very clear cut agreement that when a certain point in time crossed over where we couldn’t leave our engagement with another manufacturer any later and still be able to comply with all the requirements that we need to in order to be able to get it done on time, then they understood that that’s what we’d be doing.

SPEEDCAFE: From what you see in the marketplace, is there potential for other deals like this to be done, between other manufacturers and V8 Supercars teams?

CRENNAN: That’s a very interesting question. I think you have to have a very strong understanding of how car manufacturers operate and their culture and their decision processes, etc.

I’m not sure whether any of those talents exist in a big way in other teams. I think they certainly exist in other teams that currently run factory operations, but I think the others may have a bit of work to do there to get a similar result to what we’ve got.

SPEEDCAFE: Have you had any discussions at all with Nissan about activities outside of the pure racing program, such as co-branding road cars with Nissan, NISMO, Infiniti or anything like that?

CRENNAN: No, not yet. You know, my interest in motorsport just for the sake of it doesn’t exist. My desire is to be able to leverage and engage and sell something as a consequence, be it hats, t-shirts or motor cars.

Programs like this normally allow you to be able to do a good job in the performance side of your car entry, be it in small, medium, large or SUV. So I would hope that might evolve at some point in time in the relationship.