David Reynolds confirmed at The Bottle-O

David Reynolds confirmed at The Bottle-O 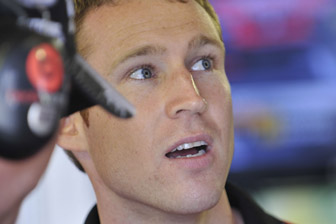 Kelly Racing and David Reynolds have reached a settlement, leaving the young driver free to race The Bottle-O Racing Falcon this year.

It is understood that Reynolds did not sign that two-year contract and sought to leave the team.

After an eight month battle between the pair, Reynolds is finally allowed to speak freely on the topic, stating his pleasure at joining Rod Nash’s Ford Performance Racing-prepared entry.

“I am extremely excited to join The Bottle-O Racing Team and Rod Nash and the new partnership leaves me feeling highly-motivated for this new chapter in my career,” Reynolds said.

“Everyone here has welcomed me with open arms and the professionalism of the team is second to none. 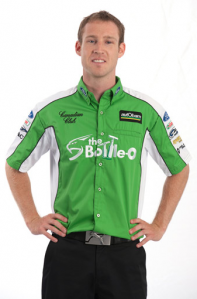 David Reynolds in his new outfit for 2012

“I’m really looking forward to driving with the factory Ford team and I cannot wait to sample a Falcon for the first time.

“It is also great to be reunited with my engineer James Small who I’ve worked with in the past. I am looking forward to continuing our successful relationship in the coming seasons.”

Kelly Racing released a statement this morning, confirming the settlement.

“Kelly Racing has reached an arrangement to release David Reynolds to another team for the 2012 V8 Supercars Championship,” the statement read.

“The matter between Kelly Racing and Reynolds has now been settled and the terms are strictly confidential.”

Rod Nash and FPR are yet to make a statement regarding the matter.

Kelly Racing will be involved in today’s V8 Supercars announcement, confirming Nissan into the sport next year as part of a four-car Kelly Racing team.