VIDEO: Consistency the key for Will Davison

VIDEO: Consistency the key for Will Davison 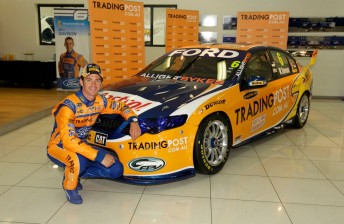 Will Davison believes that the consistency in Tradingpost Ford Performance Racing’s package will be the key to its success in this year’s V8 Supercars Championship.

Davison spent last season rebuilding his career after a disastrous 2010 championship in which he finished 22nd in points with the Toll Holden Racing Team.

The 31-year-old finished seventh in last year’s standings having scored four pole positions, but has not won a V8 Supercars Championship race since taking the 2009 Supercheap Auto Bathurst 1000 alongside Garth Tander.

“For me, it’s my second year at FPR and Tradingpost Racing, (and there’s) massive continuity,” Davison told Speedcafe.com.

“A lot of people just throw that word out there lightly but it’s a pretty difficult thing to get, consistency and momentum.

“Starting the year with the same group of people, the same car, the same engineer – I haven’t had a lot of that in my career, so I start this year absolutely full of confidence.”

See below for Speedcafe.com’s video with Davison from today’s Tradingpost FPR launch