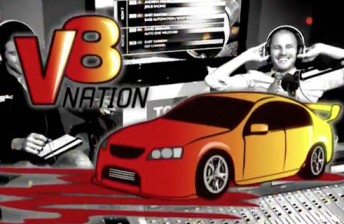 The 38th episode of V8 Nation has been on air – now, here’s your chance to watch the behind-the-scenes video.

In this week episode, Kelly and Dumbrell discuss the final few seats to be confirmed in the V8 Supercars Championship, this week’s pre-season test at Sandown Raceway, plus the special karting day in Port Melbourne (won by PD!).

And just in case you missed it, here’s a video from the karting day …