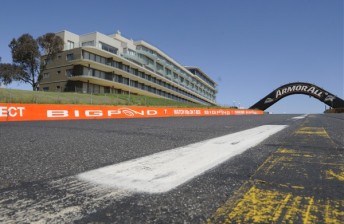 The Mount Panorama Hotel has been sold and will be re-branded Rydges from next week (Pic: Western Advocate)

The Western Advocate reports that the hotel has been sold for an unconfirmed figure of approximately $20 million – however a figure less than this could have been negotiated, given RBS was keen to divest itself of the property. The Advocate claims a consortium of Melbourne-based businessmen were reportedly behind the purchase.

The Hotel had been in receivership with Deloitte since 2007 and was previously owned by the Royal Bank of Scotland. Mirvac had been placed as the managing agency until a buyer was found for the property.

Despite there being no confirmation from Citigate or officials at Deloitte or RBS, Rydges has the Mount Panorama property on it’s website as one of it’s key regional properties.

Rydges advises that bookings would be taken from February 13 – in time for the Armor All Bathurst 12 Hour, February 24-26.