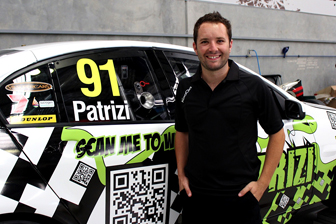 Michael Patrizi has been confirmed as Tekno Autosports’ second driver for the 2012 V8 Supercars Championship.

Patrizi will drive the #91 car for the forthcoming season.

“I am thrilled to have secured the drive with Tekno alongside Jonathon for the season,” Patrizi said.

“The team has big plans both on and off the track this year, particularly transitioning into a two Holden team. I’m stoked to be given the opportunity to be a part of such an exciting team.”

Tekno is at Queensland Raceway today where Webb is giving his new Commodore a shakedown prior to the Sandown V8 test. 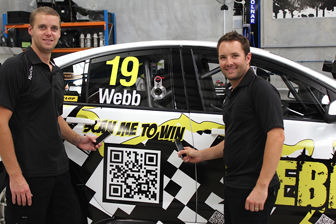 Tekno team manager Bruce Jenkins is delighted that Patrizi will be joining the team this season.

“Michael brings with him a wealth of experience having been involved in competitive racing for many years throughout Europe, Asia, the USA and Australia from an early age,” he said.

“He demonstrated that he has the professionalism, attitude and enthusiasm to step into V8’s and importantly he is the right fit for our team.”

The team also unveiled its unique livery for Sandown that incorporates QR (Quick Response) Codes in the design.

Fans have the opportunity to scan the code featured on the race cars using their smartphone and register to win a prize package including tickets to the Armor All Gold Coast 600, flights and accommodation for two.

See below for Tekno Autosports’ video about their QR code promotion