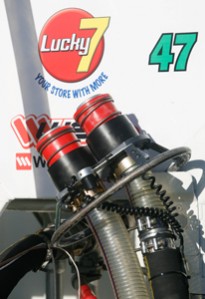 Fuel Control was the supplier to the V8 Supercars Championship/Australian Touring Car Championship for over 25 years.

The company will supply both the V8 Supercars Championship and the Development V8 Series cars.

Race Fuels is owned and operated by Mark Tierney, based in South Melbourne. The Tierney Group of companies includes a retail fuel network (22 BP branded sites throughout regional Victoria) and specialises in the supply of fuels for both racing and industry reference purposes.