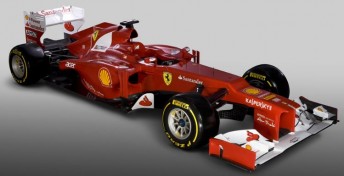 Ferrari and Force India have both launched their 2012 Formula One challengers.

Ferrari revealed its car in an online launch following the cancellation of its planned Fiorano ceremony due to heavy snow.

Both the Ferrari F2012 and the Force India VJM05 feature what is being referred to as a  ‘stepped nose’ due to new regulations requiring the front section of the nose to be lower down than in previous years.

Ferrari team principal Stefano Domenicali is confident that the F2012 is a significant improvement on last year’s car, which won just one race in the hands of Fernando Alonso.

“I am sure our car will be winning right from the beginning,” said Domencially.

“We have learned many lessons from the past, and taken some difficult decisions. But I am sure all our efforts will be represented with this car.” 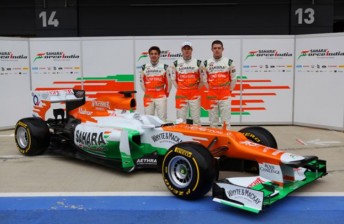 While Fernando Alonso and Felipe Massa will once again line-up for Ferrari, Force India have replaced the experienced Adrian Sutil with Nico Hulkenberg for the 2012 season.

The team has also added GP2 front-runner Jules Bianchi to its line-up in the role of reserve driver.

In other Formula One news, Indian Narain Karthikeyan will return to the Hispania Racing Team this year, having secured the second seat alongside Pedro de la Rosa.

Karthikeyan drove for HRT last season, prior to the mid-season arrival of Daniel Ricciardo.

The appointment of the 35-year-old Karthikeyan leaves Italian Tonio Liuzzi without a drive.