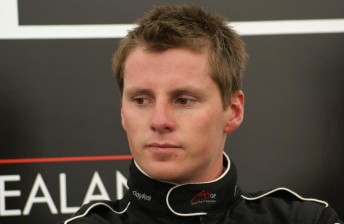 New Zealander Jonny Reid is the latest driver to sign on for his home country’s fledgling V8 SuperTourer Championship.

The 28-year-old New Zealander will race an International Motorsport-prepared Ford Falcon FG in the new series alongside Ant Pederson.

Reid will join Baird and a host of other Australasian motorsport stars on the SuperTourers grid when the series kicks off at Hampton Downs on February 19, and expects to be competitive from the outset.

“My aim is to win races and championships whenever I get behind the wheel,” said Reid..

“I am very focused and motivated to be part of this new era of New Zealand motor racing. International Motorsport is also extremely motivated, and I am very confident we can get to grips with this brand new car and category quickly. I believe we have a real chance of winning the inaugural V8 SuperTourers championship.

“As this opportunity to drive has come around late in the day, both International Motorsport and myself are working together closely to raise the sponsorship funding to complete the full season.”

In addition to his SuperTouring duties, Reid is also expected to return to the Porsche City Index Carrera Cup Australia this season.

The former A1GP driver finished third in the 2011 championship with McElrea Racing, and is currently in Finland undertaking a Porsche Sport Driving School Course awarded to the top three drivers in each class.

The former Bathurst 1000 podium finisher has cited a need to focus on his activities in Australia, which includes a full-time drive for Walkinshaw Racing in the Auto One V8 Ute Racing Series protected by Armor All, as the reason for his withdrawal.