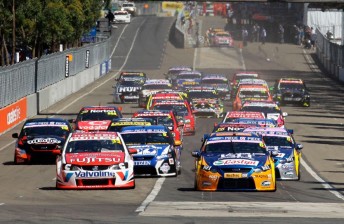 V8 Supercars chairman Tony Cochrane believes Frenchman Alexandre Premat will be joined on the grid by more international drivers in the near future.

Premat this week was announced as a left-field replacement for Lee Holdsworth at Garry Rogers Motorsport.

The 29-year-old has an extensive background in open-wheel, sportscar and touring car competition, having spent time in Audi’s factory DTM and Le Mans programs.

Premat will become the first non-Australasian driver to race in the V8 Supercars Championship on a full-time basis since Max Wilson returned to Brazil in 2008.

While Wilson’s arrival in 2002 was also heralded as the beginning of an international invasion, Cochrane sees the category’s growing global television presence and the success of the internationally-flavoured Armor All Gold Coast 600 event as indicators that more overseas talent will be drawn to the series. 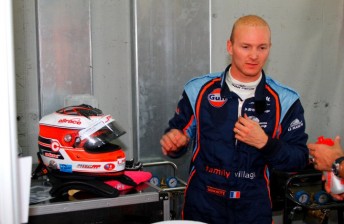 “The Gold Coast race is a part of it as well. We’re no longer an Australian secret.

“I for one won’t be at all shocked if, over the next two or three years, he’s joined by three or four other international drivers on the grid on a permanent basis.”

While the V8 Supercars Championship has tried hard to add international races to its schedule in recent years, just one event outside Australasia – supporting the Abu Dhabi Formula One Grand Prix – currently sits on the 2012 calendar.

V8 Supercars is currently working on filling the TBA that exists on the November 9-11 weekend with a second overseas race, but an announcement is not expected to be made until late March.

When quizzed on whether an additional Australian event could fill the date if other plans do not come off, Cochrane responded: “This year on the calendar including the Grand Prix there are 16 events.”