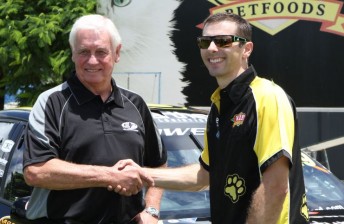 The 37-year-old Owen is a two-time winner of the V8 Supercars Development Series, and has one previous V8 Supercars Championship race win to his name, having tasted success alongside Jamie Whincup at the 2010 Armor All Gold Coast 600.

“We finished the back half of last year fairly consistently in the top 10,” Owen told Speedcafe.com at today’s launch.

“Keeping the same core group behind us, we should be able to start there at Clipsal.

“We want to be in the top 10 at the end of the year, we want to have some podiums that we just missed out on last year, and we want to be consistently in the shootout.”

CLICK HERE for comments from Dick Johnson and Paul Morris