Revealing his new signing to Sydney newspaper The Daily Telegraph, team owner Garry Rogers explained that he felt choosing a young driver to fill the seat was too risky.

“Some will see it as a shock and a major risk but I really think he (Premat) is the man for the job,” Rogers told the paper.

“My team has had a lot of success with our young driver program over the years but you no longer can afford the time and results that come with the inexperienced drivers.

“You need drivers who have a solid knowledge of the technical attributes of these cars and who are able to drive them very fast every lap.” 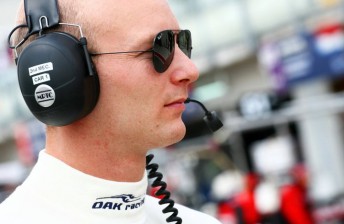 Premat spent four seasons in the DTM from 2007, recording a best race result of third and a best points finish of 10th.

He was eventually let go by Audi in unusual circumstances, having been found competing in the New York Marathon while supposedly recovering from a sizeable crash at the previous DTM event.

Premat spent 2011 driving sportscars for OAK Racing, and had pushed hard to be among BMW’s driver line-up for its return to the DTM this season.