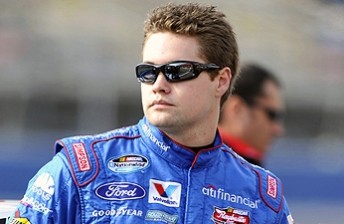 The two successful champion racers will come together as business partners to field a competitive sprintcar racing team that will compete for the 2012 ASCS National Championship to defend the title won by Jason Johnson Racing in 2011.

In another significant twist, Stenhouse Jr. Racing will use Roush Yates Ford Engines to power and accelerate their way around racetracks all across the country.

“Partnering with Jason and being able to bring some exposure to Ford on the grassroots level is very exciting for me. This will add some fun to my racing season while also adding value to our partners, such as Ford, Roush Yates and AccuDoc Solutions.”

Johnson, a two-time ASCS National Champion from Eunice, Louisiana, will be the driver of the newly formed team. Stenhouse, Jr. will climb into a team car for three to five races throughout the season, as his schedule allows. 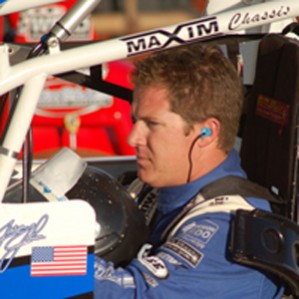 Jason Johnson will be aiming for his third ASCS National Championship, while also competing in 20 - 25 World of Outlaw events, in 2012

“We value the beginning of this new alliance with Ricky Stenhouse, Jr., it’s a very exciting time for both of us,” said Johnson.

“Team JJR has always strived to provide each sponsorship partner professionalism and results on and off the track, and this will certainly continue as we move into a new era.

“We greatly appreciate the support and friendship we have with our current partners, and look forward to representing our new partners, AccuDoc Solutions, Roush Yates Racing Engines, Ford and Valvoline.”

In addition to the team’s commitment to compete on the ASCS National tour, plans are also in place to field a car for Jason Johnson to compete in 20 to 25 World of Outlaw (WoO) events.

Johnson’s Maxim will be carrying the familiar No. 41 while Ricky Stenhouse, Jr.’s Maxim will carry his No. 6 throughout the year

The newly formed team also announced AccuDoc Solutions as a sponsor for ten select events throughout the season while Johnson’s long-term sponsors will all remain with the team.