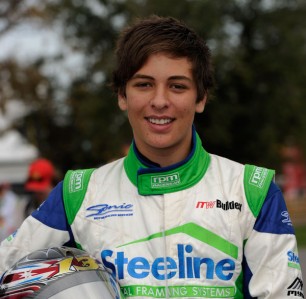 Money Choice Porsche driver Nick Foster will take on some of the country’s top kart racers when he competes in the Rotax Pro Tour event at the Port Melbourne Karting Complex this weekend.

Foster, who was a multiple-time state champion and runner-up in the CIK Trophy of New Zealand during his junior karting days, will compete in the highly competitive Rotax Light category aboard a kart prepared by Paul Gallo and Kristan Hanley.

“I’m really looking forward to getting back into a serious kart race and thank Paul and Kristian for the opportunity,” said Foster, who will compete in the 2012 Porsche City Index Carrera Cup Australia championship.

“I’ll be using the kart that Daniel Rochford finished second at the Rotax Nationals in last year, so it’s a good piece of gear and to race against some of the top Rotax drivers should be a lot of fun.

“With the ability to only have a few test days in the Porsche ahead of the season opener, racing an event such as this will be a great way to ‘blow out the cobwebs’ and prepare for the season ahead.”

The Rotax Pro Tour event has attracted more than 160 drivers from various parts of the country across six categories – Rotax Light, Rotax Heavy, Junior Rotax, DD2, DD2 Masters and Rotax Over 40’s – all of which will be using 125cc Rotax engines reaching speeds in excess of 110 km/h.

Practice will be held on Friday ahead of qualifying and heat races on Saturday. The pre-final and finals will be contested on Sunday.

The Port Melbourne Karting Complex is located on the corner of Todd Road and Cook Street, Port Melbourne. Admission is free for spectators.

The opening event in the Porsche City Index Carrera Cup Australia championship will be contested as a part of the Clipsal 500 on the Adelaide Street Circuit on March 1-4. 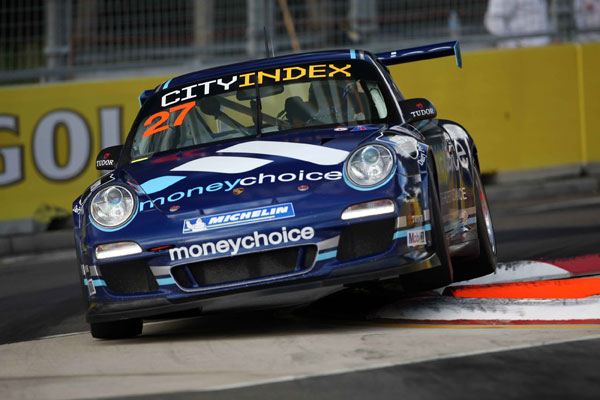 The Money Choice Porsche that Foster will campaign during 2012.