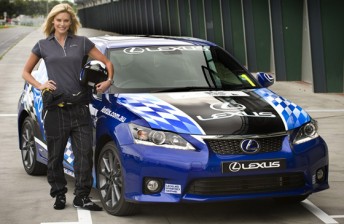 There will be no celebrity race at this year’s Australian Grand Prix at Albert Park.

The popular event has failed to attract a car manufacturer to support it this year, ruling it out of the race schedule.

Scrapping the celebrity race comes just one year after it came back onto the bill. Last year, Lexus supplied its CT200 hybrids for competition, but the luxury car company has elected to not renew its deal.

It is expected that the Australian Formula Ford Championship will be announced on the grid, joining the V8 Supercars, Carrera Cup and the Group A and C Touring Cars.

“We’ve just finalised the line-up and the celebrity challenge is not part of that,” Westacott told the Herald Sun.

“It simply came down to the fact that we couldn’t find an auto provider that had cars coming on to the market that they could supply in time.

“It was not through lack of trying.”