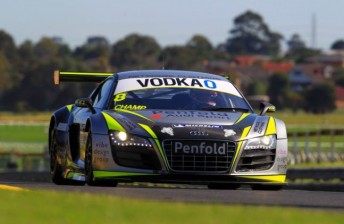 Mark Eddy wrapped up the 2011 title at Sandown, and will return to defend his crown this year

The Australian GT Championship will feature a new class structure in 2012.

Following a move from three to two classes for 2011, this season will see both of the existing classes effectively split in two.

Several new cars are expected to debut in the championship this year, including a second Mercedes AMG SLS GT3 for Erebus Racing (to be driven by James Brock), a Ford GT GT3 for Kevin Weeks, and Ferrari 458 GT3s for both Maranello Motorsport and Tony Quinn.

Meanwhile, changes to the GT Trophy class eligibility will see the GT4 specification cars, previously made to compete against the likes of the Porsche 997 GT3 Cup and Ferrari 360 Challenge cars, set to enjoy their own class (GT Sports).

According to category administrator Craig Nayda, the changes to the classes have been made to ensure the continued participation of the current vehicles.

“A number of these cars are already in Australia, so it was important we created a class where they can all still be competitive,” said Nayda.

“Interest has been strong across all classes so we are pretty excited about how the 2012 season is shaping up.”

In other GT Championship news, Melbourne based engineer Mark Trounson has been appointed the technical Manager for the 2012 Championship, which kicks off at the Clipsal 500 Adelaide on March 1-4.