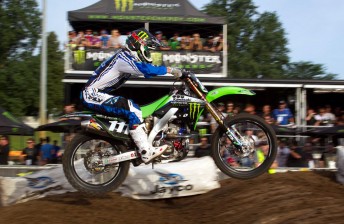 Ahead of the new Australian motocross season, due to kick off on April 1 at Conondale in Queensland, MX Nationals promoter, Williams Event Management has announced a new timing and watch partner in world renowned brand, TAG Heuer.

The partnership between the leading watch manufacturer and the Series will be for three years beginning with the 2012 campaign.

Each competing bike will be fitted with a TAG Heuer timing transponder and the winner of the MX1 (Pro Open) Championship each year over the three year span will be awarded a brand new watch from TAG Heuer’s award winning range.

“This partnership will see the timing at the events go live for the fans. For the riders and teams, the information they can analyse will be amazing,” said Series Promoter, Kevin Williams.

“This long-term partnership kicks off an exciting year for the MX Nationals series and we are thrilled to have the opportunity to showcase our market leading event management tools at this year’s events,” said Aaron Clarke of Event Timing – supplier of the TAG Heuer system.

The 10 round Championship begins on April 1 at Conondale in Queensland and will visit the northern state three times, New South Wales will host three events, with two in Victoria and one each in South and Western Australia.

There are currently two venues to be finalised – which Williams expects to announce within the coming weeks.