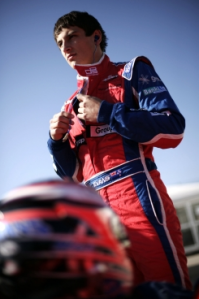 New Zealander Mitch Evans will remain with MW Arden for the 2012 GP3 Series.

Evans, 17, a runner-up in both the Australian Formula Ford and Formula 3 Championships, enjoyed a strong debut season in the junior category, producing some impressive performances in his first year of racing in Europe.

Evans scored pole positions at Barcelona and Nurburgring and won a race at Barcelona. He finished his rookie year in ninth place.

Evans says that he is confident of an even better year with the team, which is part-owned by Australian Formula One hero Mark Webber.

“I am really pleased to announce that I will be back with MW Arden in 2012,” Evans said.

“Last year was a learning year for me as it was my first year in Europe. I believe that I have the best package around me to succeed.

“There is only one thing I am focused on this year and that is to win the championship.”