Where are they now? Spencer Martin

Where are they now? Spencer Martin 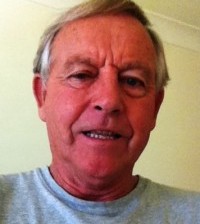 Two-time Australian Drivers Champion Spencer Martin is the focus in this week’s edition of HDT’s Where are they now?

Each Friday, Speedcafe.com unearths a driver who has drifted out of the spotlight.

Martin speaks about his open-wheeler career, his two Australian Drivers Championship victories and some of the classic cars that he drove during his career.

Martin also revealed how his career took a turn for the better after coming out on top in a slouch with ‘Stormin’ Norm Beechey.

CLICK HERE for more with Spencer Martin in this week’s edition of Where are they now?

CLICK HERE for Speedcafe.com’s complete list of drivers and racing identities who have featured in the ‘Where are the Now?’ segment.