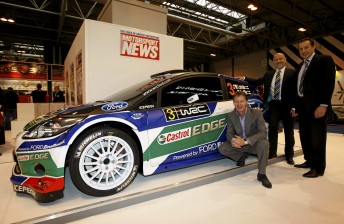 The look of Ford’s World Rally Championship Fiesta has been unveiled ahead of next week’s WRC opener in Monte Carlo.

The two-car Fiesta RS factory effort run by Malcolm Wilson’s M-Sport will be headed by Finland’s Jari-Matti Latvala with Petter Solberg (Norway) returning to the Blue Oval after the departure of Mikko Hirvonen to Citroen.

“Already regarded by many as the fastest driver in WRC, during 2011 he showed consistency and expertise on all surfaces. We believe he will flourish in his new role as team leader with the Ford World Rally Team, and look forward to seeing his pace light up the special stages around the world.

“The addition of Petter Solberg to the team brings one of the sport’s most experienced and flamboyant drivers back to the team where he started his top-level career. A drivers’ world title in 2003 and 13 world rally victories are testament to his abilities and his vast experience will be a great asset to our driver line-up.”

The team will continue to be sponsored by Castrol EDGE. Branding for Castrol’s global range of best-in-class motor oils features prominently in the Fiesta RS WRC’s new livery.

“Both Castrol and Ford have a long standing association with motorsport and have shared great past successes in rallying, a second placed finish in both the drivers’ and manufacturers’ championships in 2011 being the most recent highlight,” said Donald Smith, sponsorship manager, Castrol Global Marketing Unit.

“The WRC is motorsport’s toughest competition for production-based cars, together we will continue to be able to call upon our vast experiences of developing, testing and optimising the combination of car and engine oil technologies in order to push boundaries and maximise performances.” 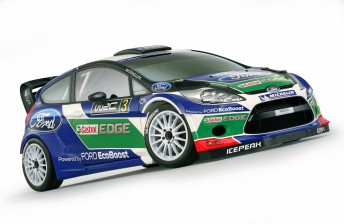 The Automobile Club de Monaco has confirmed that Eurosport will produce the television and internet coverage for the Monte Carlo Rally.

The ACM issued the following statement ‘A few days before its start, the 80th Monte Carlo Rally is confronted with the non-fulfilment of the services which should have been provided by North One Sport, former promoter of the WRC.

‘Unable at this stage to await the outcome of unlikely negotiations, the ACM has no other option but to arrange by its own means the timing and tracking of the event, which were the responsibilities of NOS up to now through Stage One Technologies.

‘This situation also applies to TV production, broadcasting the race and internet. There again, the ACM took steps by contracting with Eurosport S.A to ensure the best coverage of the event.

‘These decisions will allow the 80th Monte Carlo Rally to take place on January 17, 2012 and the scheduled race programme to be scrupulously maintained.

‘The 80th Monte Carlo Rally shall remain on this year’s world championship schedule regardless of the designation of the promoter.’

Although the FIA has not announced a fulltime replacement for North One Sport, it is expected that Eurosport Events will be confirmed as the promoter for the WRC for the next three years.

It is expected that Eurosport will televise the Monte Carlo Rally in Australia through its Foxtel and Austar services.