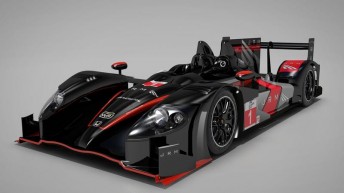 David Brabham will return to the Le Mans 24-Hour race having secured a deal to drive with JRM Racing in 2012.

Brabham is no stranger to the car having had a significant role in its development while at Highcroft Racing – his former American Le Mans Series (ALMS) team. Looking to race this very car in last year’s 24-Hour classic, Brabham gave it its first run at the 2011 Sebring 12-Hour race, where with minimal preparation he came second.

With a thorough understanding of the car, Brabham is looking forward to returning to the Sports Car Prototype cockpit.

“I did a great deal of development work with the (HPD ARX) and therefore I like to think that it has some of my DNA in it,” said Brabham.

“I am absolutely thrilled to be part of JRM’s LMP1 programme. I can’t wait to get started!”

Brabham knows the JRM Racing team well having driven for it in the 2011 FIA GT1 World championship – in its Sumo Power Nissan entry – where he finished equal 10th. The England-based Australian is expecting the start of this season to be a challenge as the team prepares for a new championship that has a very different race format to that of the GT1 series.

“Stepping from GT1 to the World Endurance Championship is going to be a steep learning curve for the team,” said Brabham.

“But there’s some great people involved at JRM Racing and I shall do all I can to use my experience of the car and endurance events to bring us up to speed as quickly as possible.” 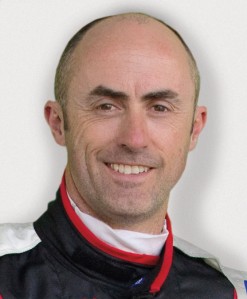 Brabham is happy about returning to endurance racing

It’s a welcome return to the Le Mans 24-Hour for Brabham, who missed the event last year after the collapse of Highcroft Racing soon after the Sebring podium. Unable to secure a seat so close to the race, Brabham was forced to sit out the event which he won with Peugeot in 2009.

Brabham will team up with Peter Dumbreck and Karun Chandhok. Dumbreck is an experienced international driver who made headlines all around the world when his Mercedes-Benz Sports Car flipped at Le Mans in 1999. Chandhok raced with Team Lotus in the 2011 Formula One World Championship.

JRM Team Principal James Rumsey is delighted with the strength of the driver line-up.

“I am delighted to announce our drivers so soon after confirming our intention to enter the FIA World Endurance Championship,” Rumsey.

“The three drivers chosen gives us a very strong line up and provides us with a perfect blend of experience, speed and PR profile.”

The World Endurance Championship starts at Sebring on March 17 followed by rounds at Spa-Francorchamps, Le Mans, Silverstone and at the Autódromo José Carlos Pace in Brazil. The final events of the season will be held at the Bahrain International Circuit and Fuji Speedway in Japan, with a Chinese event, at either the Zhuhai or Shanghai International Circuits, to round out the season.