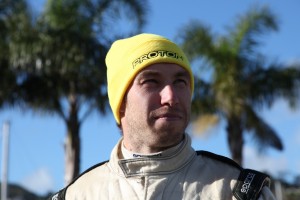 Australian rally star Chris Atkinson will make a return to the World Rally Championship at next month’s Rally Sweden.

The former Subaru factory driver will steer a Subaru Impreza R4 – his first drive in the WRC since finishing fifth in a one-off Citroen C4 WRC outing on Rally Ireland in 2009.

The news means that Atkinson will not compete in the opening round of the championship.

Atkinson collected six WRC podiums in his three years with Subaru (2005-2007) before switching to the factory Proton team in 2010, finishing second in the Asia-Pacific Rally Championship title last year. He will not compete with Proton this season.

Rally Sweden will be held on February 9-12.