Holdsworth: I’ll have to adapt to the Falcon FG

Holdsworth: I’ll have to adapt to the Falcon FG 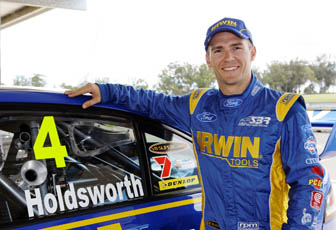 Lee Holdsworth says he will have to adapt his driving style in order to get the most out of the #4 IRWIN Racing Falcon that he will pilot in this year’s V8 Supercars Championship.

The 29-year-old had his first taste of the FG Falcon at Morgan Park late last year, and says that his focus during the first part of the year will be on adjusting his current habits in order to suit the car’s strengths.

“I didn’t come to the team to try and change everything and get the car I’m used to,” Holdsworth told Speedcafe.com.

“There’s a reason why I changed teams – I wanted to get into something quicker, so I want to adapt to the style the car wants to be driven, and from there make little tweaks to make it better for me.”

CLICK HERE for more with Lee Holdsworth in this week’s edition of Cafe Chat.