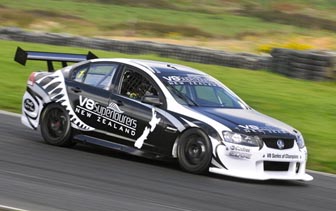 The four new entires, which will debut at the first of the endurance races in August, bolster the field’s total to 20 cars – reaching the category’s first season cap.

The four extra cars will be built up over the months by Australian-based company Pace Innovations. The cars will be complete by April and May, in time to take their place on the endurance series grid when that part of the season begins in August. 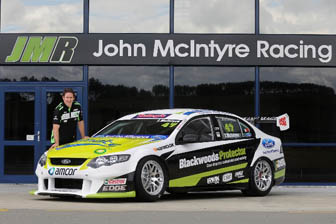 V8 SuperTourers CEO Paul Radisich says that he has been blown away by the interest in the category.

“When one considers none of the production cars have even had the opportunity to turn a wheel in anger yet, the interest has exceeded all of our expectations” said Radisich,.

“We made the decision to cap the field at 20 cars for Season 1 earlier than was first envisaged so that we could focus on the championship itself. We are actually still receiving regular enquiries of the very highest quality from potential entrants even in these tough economic times but there comes a point where you have to focus on the main objective, and for us that was always about putting on the best motor racing series this country has seen in years.

“There are other outside factors too, such as being able to properly garage a pit lane of 24 cars to the quality standards we have set ourselves. Several of our NZ circuits need to make a step in that direction and we genuinely believe the success of V8 SuperTourers will provide some impetus for those circuits to achieve that, but we cannot expect it to happen overnight.”

Radisich says that adding more cars in the following years, plus a new manufacturer, is the category’s next aim.

“There’s no reason to assume we cannot achieve those goals.”

The inaugural V8 SuperTourer Championship will run during the 2012 calendar year, commencing with Round 1 at the Hampton Downs circuit on February 17, 18 and 19. There will be races at Taupo, Manfeild and Ruapuna and the two-part season will include four sprint format rounds and three endurance rounds where the drivers in the series must share driving duties with a non-series regular.

The 500km Grand Final at Ruapuna will run one week after the Armor All Gold Coast 600 (for V8 Supercars), and organisers have already received strong interest in that event from big name international drivers.