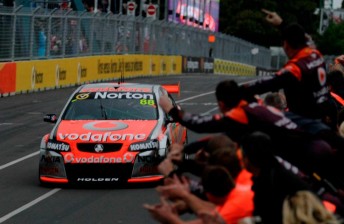 The final episode of the Armor All Summer Grill focuses on the category’s benchmark squad, TeamVodafone.

The Queensland-based outfit won the 2011 V8 Supercars Teams’ Championship, in addition to its drivers finishing first and second in the drivers’ pointscore. Speedcafe spoke to some of the key players from inside and outside the team to find out just what makes it such a formidable outfit.

See below for Episode 18 of the Armor All Summer Grill – only on Speedcafe.com.