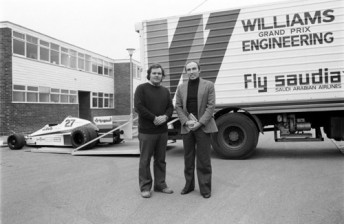 Patrick Head and Frank Williams in 1979

Williams Grand Prix Holdings PLC has confirmed that Director of Engineering Patrick Head will step down from its Board of Directors with immediate effect.

After founding the famous Formula One race team with Sir Frank Williams 34 years ago, Head will no longer play an active role in the sporting side of the organisation.

Head was the director of engineering at Williams F1 and has stepped down at the same time as the team undergoes a major technical and management restructure on the back of its worst season in F1.

Head will continue in his role as a Board Director of Williams Hybrid Power Limited, a subsidiary of the company that develops and produces hybrid technologies.

Williams said that Head’s legacy will not be forgotten soon. 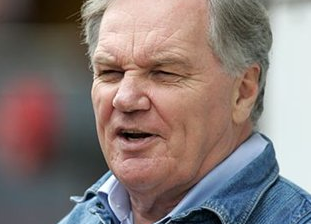 “Patrick and I have been in partnership for 34 years. During that time, he has been the leader of the technical team that has won the majority of our race wins and championships,” Williams said.

“This is a remarkable legacy and one which will be treasured and definitely not forgotten.

“Patrick is a very straightforward, hard working and truly gifted engineer who comfortably operates at a world class level. I will miss him very much, as I am sure his colleagues will, and he will always be welcome at Grove.

“Indeed, Patrick will still be seen around the factory as he continues to be involved in the development of our hybrid power activities.”

Patrick co-founded Williams F1 in 1977 with Frank Williams and over three decades has led the team’s engineering department. In that time, Williams F1 has won 113 Grands Prix and secured nine Constructors’ and seven Drivers’ World Championships.