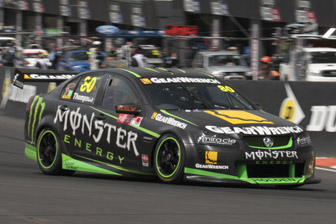 The 11th episode of the Armor All Summer Grill looks at the Fujitsu V8 Supercars Series. Monster-backed driver Andrew Thompson won this year’s series, but is the category still a ‘development’ class?

See below for Episode 11 of the Armor All Summer Grill – only on Speedcafe.com.