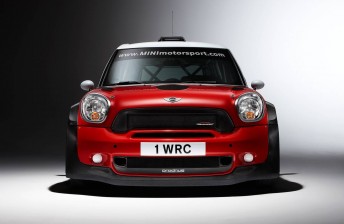 Official factory entries for the 2012 World Rally Championship have closed with Mini failing to place its entry.

Autosport.com is reporting that officials from Prodrive are currently in negotiations with BMW in Munich and the FIA as they seek a possible extension to the deadline.

Mini contested limited WRC events in 2011 as it developed the John Cooper Works WRC towards an anticipated fulltime programme in 2012.

While there is no immediate concern over the future of the John Cooper Works WRC programme, there are reportedly significant issues which need to be resolved in the Anglo-German relationship.

Prodrive, the firm which prepares the factory Minis for Kris Meeke and Dani Sordo, as well as the Ford Performance Vehicle and FPR programmes in Australia, made no comment on the situation. However, sources in Germany have indicated to Autosport.com a strong desire to continue in the world championship.

The source said: “We have made two podiums already in the development year, we can’t fail but to be very happy with what we are achieving. There are a few things to talk about and time has beaten us on the deadline, but the cars will be in Monte Carlo – we couldn’t miss the Mini’s return to that rally.”

After missing Rally Australia at Coffs Harbour earlier this season, Mini had been expected to commit to 2012 as a full manufacturer.

This time last week the WRC only had Citroën committed to the series. Ford lodged its entry and commitment to 2013 just days ahead of the deadline.