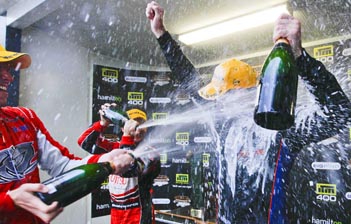 The second episode of the Armor All Summer Grill focuses on the stand-out performers of the 2011 season.

TeamVodafone’s Jamie Whincup and Craig Lowndes may have dominated the season just gone, but there were others who stood out too, including the Stone Brothers Racing’s trio of Shane van Gisbergen, Tim Slade and Alex Davison, plus Kelly Racing’s driver David Reynolds.

Speedcafe.com spoke to those drivers to discuss their rise in the championship standings.

See below for Episode 2 of the Armor All Summer Grill – only on Speedcafe.com.