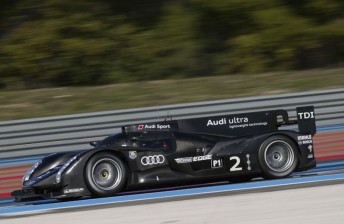 Despite winning the Le Mans 24 Hour just six months ago, Audi is full steam into its 2012 preparations with testing of next year’s LMP1 sports car in the United States.

After previous tests of the next development of the 2011 Le Mans-winning car taking place behind closed doors, Audi is now going into public at a race track for the first time. Since Saturday, Audi Sport has been running tests with two vehicles at the Sebring (Florida) circuit.

Taking turns at the wheel of the two development vehicles are the 2011 Le Mans winners Marcel Fässler (Switzerland), German André Lotterer and Benoît Tréluyer (France). Also involved in the tests are Dindo Capello (Italy), Denmark’s Tom Kristensen and Allan McNish (Scotland), who were last victorious at Le Mans in 2008.

The traditional American circuit has a special significance for Audi, not only because Audi has celebrated nine victories at the Sebring 12 Hours since the 2000 season.

The 5.95-kilometre track features 17 highly different types of corners, offering plenty of variety, which makes for excellent test conditions. The rough concrete of the former airfield’s take-off and landing strip, in combination with the tarmac of the other track sectors creates particularly demanding test. The warmer climate has also been welcomed by the European drivers at this time of year.

On March 17, the 12-Hour race will open the new FIA World Endurance Championship (WEC) as well as the American Le Mans Series (ALMS) at this venue.

While the component tests have already started, Audi will not announce the details of the 2012 racing program, the driver line-up and the technical state of the development until a later date.