Cochrane: Jason Richards was admired by all

Cochrane: Jason Richards was admired by all 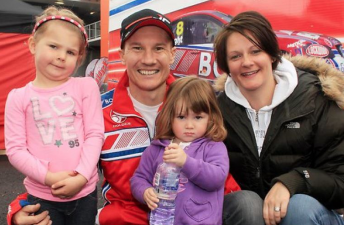 V8 Supercars Chairman Tony Cochrane says that Jason Richards was a driver admired by all.

In a statement from V8 Supercars, Cochrane spoke about the passing of Richards and the lasting impression he left on the wider community.

“Jason Richards was, and will always be remembered, as a highly respected race car driver and champion on and off the race track,” Cochrane said.

“Jason will be remembered for his great grin and his love and loyalty to his family. Both of which made him an immensely admired figure in pit lane.

“There was not a single person in Australian sport, or indeed Australia and his native New Zealand, who did not admire his enormous courage as he battled the last 14 months and his determination to fight in every way he could.

“He will be dearly missed by all in the V8 Supercar family, but in particular, everybody associated with Brad Jones Racing.

“On behalf of the Championship, let me extend our prayers and thoughts to his wife Charlotte and his children Sienna and Olivia, and all of his family members. Our collective thoughts are with you all.”