Stewart and Vergne kart off the trophies

Stewart and Vergne kart off the trophies 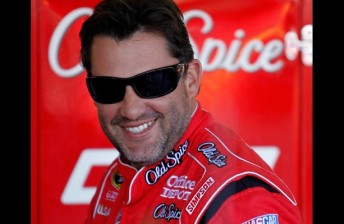 Stewart won the All-Star race at the Indy Karting Classic, held inside the Cosceco Fieldhouse (the home of the NBA Indiana Pacers), ahead of John Andretti and 2011 Indy 500 pole sitter Alex Tagliani while Vergne took out the ERDF Kart Masters in France.

Stewart started fifth in the main event, but it didn’t take long for him to maneuver the #14 Birel kart to the front of the field in the 30-lap main event.

In an attempt to gain more traction on the slick surface, usually reserved only for the use of basketball players, Stewart and his Birel team-mates used a grinder and razor blades on their tyres.

“I think I took about three years off the crew chief’s life today,” Stewart told fox59.com.

“I said I don’t know what you do to these things because I haven’t work with a go kart in so long and the technology’s changed in them.

“I said I just need more forward bite and more side bite and he got it for us.”

While admitting to having to work hard to adapt to the conditions, Tagliani thoroughly enjoyed the experience.

“I don’t remember the last time I worked so hard on my kart from the beginning of the day,” said Tagliani to racer.com.

“It was nice to share the track with the NASCAR guys and all the guys from IndyCar, too. I really enjoyed the day and it was a fun event. It was fun to race with Tony (Stewart). I’ve never run on the same track with him and today we were teammates with Birel. It was a battle after every session about who would own the grinder. He didn’t want to give it up so he ended up grinding everyone’s tyres.”

Meanwhile in the return of the famous Bercy Kart Masters event, Vergne won Sunday’s main event held inside the Palais Omnisports in Paris-Bercy.

The Frenchman had to admit defeat on Saturday to his fellow countryman Jules Bianchi, but recovered to set the fastest time in qualifying, win his semi-final and claim the victory in the main event on Sunday.

Jerome d’Ambrosio and Julien Jousse finished behind Vergne. Some of the drivers who were competing in Bercy included the three Sebastiens – Loeb, Ogier and Bourdais, Formula 1 drivers Romain Grosjean, Paul di Resta and Adrian Sutil along with DTM stars Gary Paffett and Filipe Albuquerque

The most unique aspect of the ERDF Kart Masters was the fact that the competitors used electric powered Sodi Karts. Housed in the side boxes of the kart batteries power the approximately 27-hp motor for about 15 minutes with energy – enough for the short sprint race in Paris.’