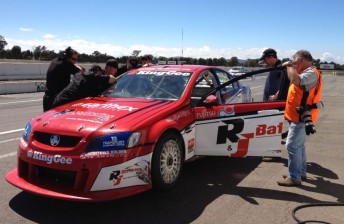 Up to a dozen drivers will share just three V8 Supercars Development Series entries during the final Victorian V8 Supercars test of 2011 at Winton today.

GMR has brought the #51 Commodore that Kiwi Daniel Jilesen raced in the 2011 Fujitsu Series, with six drivers set to cut laps.

At Sonic Motor Racing Services, George Miedecke will complete most of the running in the Rodney Jane-owned Triple Eight BF chassis campaigned this season by Jack Perkins.