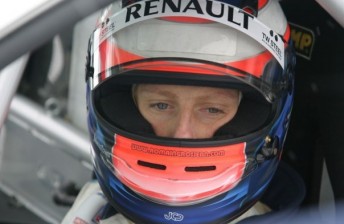 Grosjean will replace Vitaly Petrov in the team – reversing the decision made by Renault at the end of 2009 to replace Grosjean with Petrov.

He has also been a FIA GT1 race winner since his last stint in Formula One, and tested with BMW’s new DTM program this week.

“To be racing alongside a former world champion and someone who is hungry and returning to Formula 1 will be a great experience, and I’m sure will help raise my level of performance too,” said Grosjean.

“I feel that my successful season in GP2 Series has helped me mature a lot, and I am a much more complete driver than I was last time I was competing in this sport.

“Returning to Enstone as a race driver feels like coming home. I will not disappoint and I wish to thank all the people without whom this return to F1 would not have been possible.

The announcement leaves Petrov and Bruno Senna – who drove in the final eight races of the 2011 season with Renault having replaced Nick Heidfeld – left to look elsewhere in order to remain in the championship.