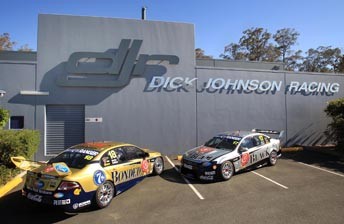 As first reported by Speedcafe.com, Fiore will close the doors on his single-car Triple F Racing team, becoming a third entry at the famous Queensland-based squad.

Fiore will join Steve Johnson and James Moffat in the expanded line-up.

Fiore and Johnson will become the Jim Beam Racing drivers in 2012, with James Moffat expected to drive a Norton 360-supported car under the DJR umbrella.

To coincide with the new deal, Jim Beam has confirmed its continued commitment to the team as its naming rights partner for a further season.

Fiore, who is celebrating his 28th birthday today, says that he is relieved to have released the pressure of running his own team. 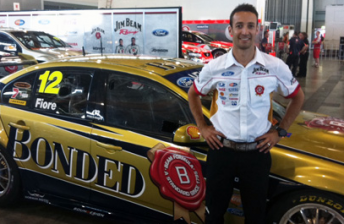 “Running a team and having to find sponsors created a lot of pressure, which meant I couldn’t focus purely on my racing,” Fiore said.

“Jim Beam Racing has a great team behind them and I’m really looking forward to working with them next year and being able to drive alongside Steve. The pressure of running a team is off me now, and I can concentrate on driving.”

This weekend’s Sydney Telstra 500 will mark the final time that Fiore will drive for his own V8 race team.

Team owner Dick Johnson is thrilled Jim Beam will continuing its involvement with ‘The Team’ for a sixth year.

“We’re thrilled to know we have the support from Jim Beam as we’ve worked so closely with them over the years,” he said.

“We know our fans and our ‘Team Mates’ will be as excited as us about next season, and to have Dean Fiore as part of the Jim Beam Racing set up in 2012 adds even more anticipation.”

Jim Beam also confirmed its ongoing support as the Official Spirit Sponsor of the V8 Supercars for the next three years.