Barnhart out amid IndyCar reshuffle

Barnhart out amid IndyCar reshuffle 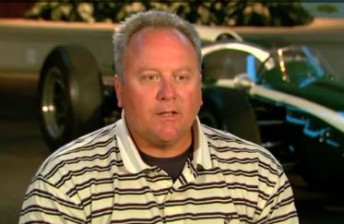 Controversial IndyCar figure Brian Barnhart has been removed from his position within the open-wheel category’s race control line-up ahead of the 2012 season.

Barnhart had previously held the dual roles of chief steward and director of racing, and was heavily criticised by those within the IndyCar community for a series of incidents this season, including that caused by the decision to restart a race on the Loudon oval in slippery conditions.

According to a report by US media outlet SpeedTV, IndyCar will also be replacing its commercial division president Terry Angstadt.

While Angstadt’s position will be taken by IndyCar’s former director of business development Mark Koretzky, the identity of Barnhart’s successor is not yet known.

Barnhart, who has been with IndyCar since its first race in January 1996, is expected to stay on as the category’s president of operations.

The 2012 season represents a new direction for IndyCar, with the introduction of Dallara’s new DW12 chassis also seeing a return to engine manufacturer competition.

Honda and Chevrolet this week are continuing their testing programs in Fontana, where Australia’s Ryan Briscoe is enjoying his first taste of the new-generation machinery.

“Before today I was very jealous to be on the outsite looking in,” said Briscoe – who was joined at Fontana by Honda-powered Ganassi rival Scott Dixon – of his first day in the DW12-Chevrolet.

“It is good to be here and working on making the new car reach its potential. The new car has some great technology that the drivers enjoy for sure.

“We tested lots of Firestone compounds. We ran plenty of laps today and had great reliability. I am happy with the car and the Chevy engine is so consistent, a beautiful engine.”

Teams will begin receiving their 2012 chassis from Dallara as early as next week.