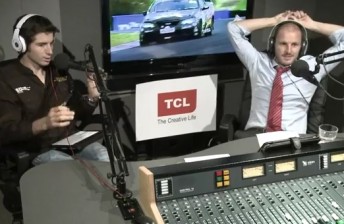 The 33rd episode of V8 Nation has been on air – now, here’s your chance to watch the behind-the-scenes video.

In this week episode, Rick Kelly talks about his race victory at the Norton 360 Sandown Challenge in difficult conditions.

Dumbrell also speaks about his desire to compete in the Hawaiian Ironman in the future.