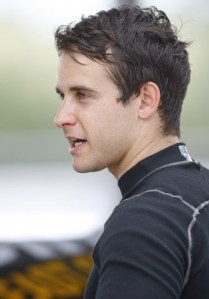 Ash Walsh could make a return to the Fujitsu V8 Supercars Series as early as the Sydney Telstra 500.

Walsh competed in the opening five rounds of the Fujitsu Series with Miles Racing, but split ties with the Queensland team just days prior to the Sandown event last weekend.

Walsh, 23, is currently planning his assault on the 2012 V8 Supercars Development Series, which could include a start at the Homebush street race next weekend.

At Sandown last weekend, Walsh told Speedcafe.com that he was speaking to a number of teams about the 2012 season, including Egglestone Motorsport, who has entered the upcoming Homebush event, but is yet to nominate a driver.

Walsh says he is confident he will have a competitive ride for 2012.

“We are looking at a number of options for next year and are getting closer to finalising a really good program for 2012,” Walsh said,

“As part of that plan we are reviewing a possible entry to be on the grid in Sydney. We will announce that in the next week or so.

“The DVS Series will be very competitive next year and it is really critical to be with the right team with the right equipment and people. I am confident of a much better showing next year.”