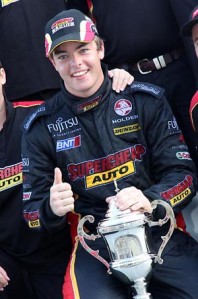 Supercheap Auto has announced it will be the major sponsor of Melbourne Performance Centre’s two-car tilt on the New Zealand V8 SuperTourer crown.

McConville will be engineered by chassis builder Ceprnich, a co-owner of MPC’s racing operations.

McLaughlin, who raced in the NZV8 class last season, says that he is looking forward to getting back to his home country in the new class

“I can’t wait to get back over there, and having scored a win on home soil (Taupo) last year I am looking to be up in the top five from the word go,” McLaughlin said.

“My driving has improved significantly this year and we have proven that we can mix it at the front in the Fujitsu V8 Supercar Series. 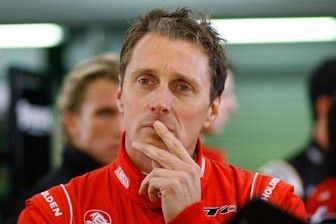 “I’m so excited about this new form of V8 racing and the New Zealand fans are going to love the cars. To have Supercheap Auto on board again is just fantastic as we enjoyed some really good events in last year’s NZV8 Series and I really want to repay them for having the faith in this new venture.”

McConville, who drove with the Toll Holden Racing Team in the endurance races for the past two years, says that he is confident he has aligned himself with one of the best teams.

“The NZ V8 SuperTourer Series is shaping up as a really competitive program and the depth of talent in the field looks to be excellent,” McConville said.

“I don’t know all of the circuits but I’m sure my MPC team will be amongst the best team there is and for that reason I feel confident of putting on a very competitive showing.

“The cars look great and from what I’ve heard they are quick and well-balanced.  I’m really looking forward to giving it a red hot go and I’m delighted to be part of the two-car Supercheap Auto team with young Scott.  One thing’s for sure, I will be getting plenty of V8 miles next year.”

Supercheap Auto’s Managing Director David Ajala says that the automotive retailer is excited to be a part of the inaugural season of the NZ V8 SuperTourers.

“We know that New Zealanders love their motorsport, so it’s great to see that the V8 category in NZ has evolved into something very similar to the Australian V8 Supercar series,” he said.

“We are proud to support a two car team with both Scott and Cameron at the wheel, a mixture of youth and experience coupled with the engineering line up will definitely put the team in a good position to win not only races but the Championship as well.”

The seven round New Zealand V8 SuperTourer Series kicks off at Hampton Downs on February 17-19, 2012.