Taz Douglas in the frame for Main Game

Taz Douglas in the frame for Main Game 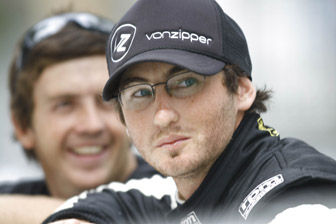 Taz Douglas could make his full-time debut in the V8 Supercars Championship next season.

The likeable Fujitsu V8 Supercars Series driver has emerged as a likely contender for Lucas Dumbrell Motorsport’s single car team for the 2012 season.

Current driver Warren Luff confirmed today that he will not compete with the team next year. CLICK HERE for today’s story.

Team owner Dumbrell told Speedcafe.com that Douglas is in contention for the drive, but the team’s 2012 plans remain dependant on finalising its racing budget.

As reported previously, Dumbrell is weighing up his options of which chassis to use next year. If he decides to move away from his current Walkinshaw Racing machinery, he would secure Russell Ingall’s current Triple Eight-designed Supercheap Auto Commodore VE, using KRE Race Engines. 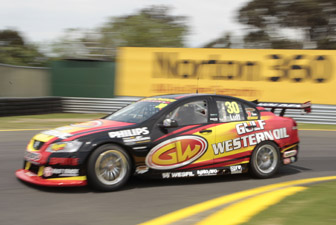 Douglas has competed in a number of V8 Supercars endurance races – most recently replacing an ill Tony D’Alberto at the L&H 500 Phillip Island.

After spending the past three seasons preparing and driving his own privately run VZ Commodore in the Fujitsu Series, Douglas says he is keen to step up to the Main Series, but only if he will be given competitive equipment.

“Of course I want to go to the Main Series,” Douglas told Speedcafe.com.

“But if I going to do it, I want to do it in a good car. I’ve never really had a good race car. If i’m going to do it, it needs to be good enough to give myself and the team the best opportunity.

“Moffat has done a really good job this year. He’s jumped in this year, it’s a good car and that’s the position I want to be in.”

Douglas says that if he does not race in the Main Series next year, he will not continue to run his own Fujitsu entry.

“I can pretty much 100 percent say I wouldn’t be doing it myself,” Douglas said.

“It’s too hard, it’s too much work organising everything. I do everything – my crew only come on the weekend and it’s too stressful.

“I’ll definitely go with another team if I do the Development Series again.”

A former front-runner in Australian karting, Douglas stepped up to Formula Ford in 2006, winning the Victorian State Championship. He competed for one season in the Australian Formula Ford Championship in a privately-run Mygale, finishing eighth in the 2007 title. Douglas stepped up to a part-time Fujitsu Series campaign in 2008, and has remained in the category ever since.

His highlight came 12 months ago when he won Race 2 at Sandown.

Last year was a tumultuous year for Douglas, who also overcame Burkitt’s lymphoma, a form of cancer.