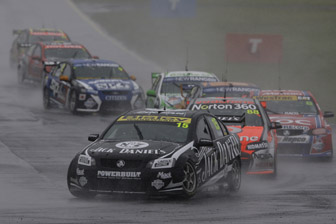 V8 Supercars is hopeful that an off-shore version of the V8 Supercars Championship can be established in order to sell down the category’s current equipment when the Car of the Future comes online in 2013.

As all 28 of the V8 Supercars Championship teams will be required to move to the new generation equipment at the completion of the 2012 season, the category faces an over-supply of cars moving down into the Fujitsu V8 Supercars Series.

With prices of cars and equipment destined to plummet as a result, V8 Supercars’ international director Martin Whitaker says that establishing an overseas market for the current cars is the ideal solution.

“I can’t see why it couldn’t come in for 2013 when Car of the Future comes in,” Whitaker told Speedcafe.com of an off-shore series.

“It’s a massive opportunity, not only for this championship, but for those countries to build interest in V8 racing. 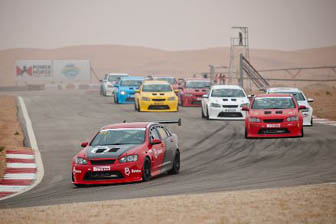 In his previous position as the CEO of the Bahrain International Circuit, Whitaker was instrumental in creating the Supercars Middle East Championship, which uses Chevrolet-badged cars Commodores built at Walkinshaw Racing’s Clayton workshop.

Whitaker explained that the success of the Middle Eastern series, which kicks off its 2011/12 season this weekend in Bahrain, is proof that exporting the V8 category can work.

“We (Bahrain International Circuit) purchased 20 cars off Tom Walkinshaw back in 2005, and that championship is still going to this day,” said Whitaker.

“It is very healthy, it’s really successful, it has had its ups and down because of the problems the Middle East has faced in the last 12 months, but never the less, the model is absolutely watertight. And if it can work there, it could just as easily work in China… it could work anywhere in the world.”

Ford Performance Racing team principal Tim Edwards is one of a number of team managers in V8 Supercars who is hopeful a deal of this nature can be executed.

“Even the Development series at its maximum capacity can’t absorb all the cars from the current V8 Supercars field,” Edwards told Speedcafe.com.

“Any opportunities we get to pass these cars on, we’d take. In turn, we’d support them further along, and I think it would be a great thing.”