Mostert on top in wet and wild FV8 qualifying

Mostert on top in wet and wild FV8 qualifying 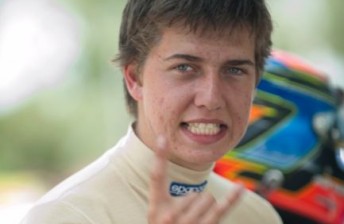 Mostert recorded a 1:20.91s with nine minutes remaining in the 30 minute session to displace Jack Perkins from the top spot, which the Sonic Motor Racing Services driver had held since the early stages.

Three red flags peppered the 30 minutes, with the first flown for Rodney Jane, whose Falcon FG had stopped at the entry to pitlane.

Aaren Russell tested the gravel trap at Turn 9 10 minutes later, while the session would end under red flag conditions when Daniel Jilesen spun at the fast Turn 6 – making contact with the tyre barriers on the inside of the circuit.

Mostert had several offs of his own during the session, with one trip through the Turn 12 infield occuring after being held up on a potentially faster lap by the Commodore of Douglas.

Race 1 for the Fujitsu V8 Supercars Series will get underway at 1410 local time.