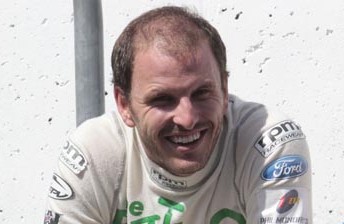 For the second time in a week, Paul Dumbrell has topped opening practice for the V8 Supercars Championship.

The Bottle-O Racing Falcon set a 1m10.74s lap of Sandown International Motor Raceway early in the 30 minute session that could not be beaten.

The session was held in near 30 degree ambient temperatures at the Melbourne venue, significantly slowing lap speed.

Andrew Jones was 15th in the session. Jones is replacing the injured Jason Bright in the Team BOC Commodore. CLICK HERE for Speedcafe.com’s breaking news story.

Practice 2 for the V8 Supercars will take place at 1130 local time, while the first full-field session is set for 1245.