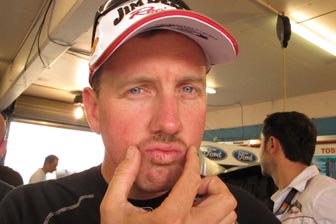 The V8 Supercars paddock has embraced the charity Movember, with many moustaches occupying pit lane.

The popular Movember charity sees men across Australia and the world grow a moustache, raising awareness and funds for mens health issues, including prostate cancer and depression.

TeamVodafone, Ford Performance Racing and Wilson Security Racing have been the biggest contributors to the cause, with most of their team members carry the ‘suspect’ look.

Speedcafe.com took its camera out into the Sandown pit lane to capture a sample of some of the hairy ‘mos’ that have grown on the upper lips of V8 men.

See below for Speedcafe.com’s gallery of ‘mos’ in the V8 Supercars Championship.